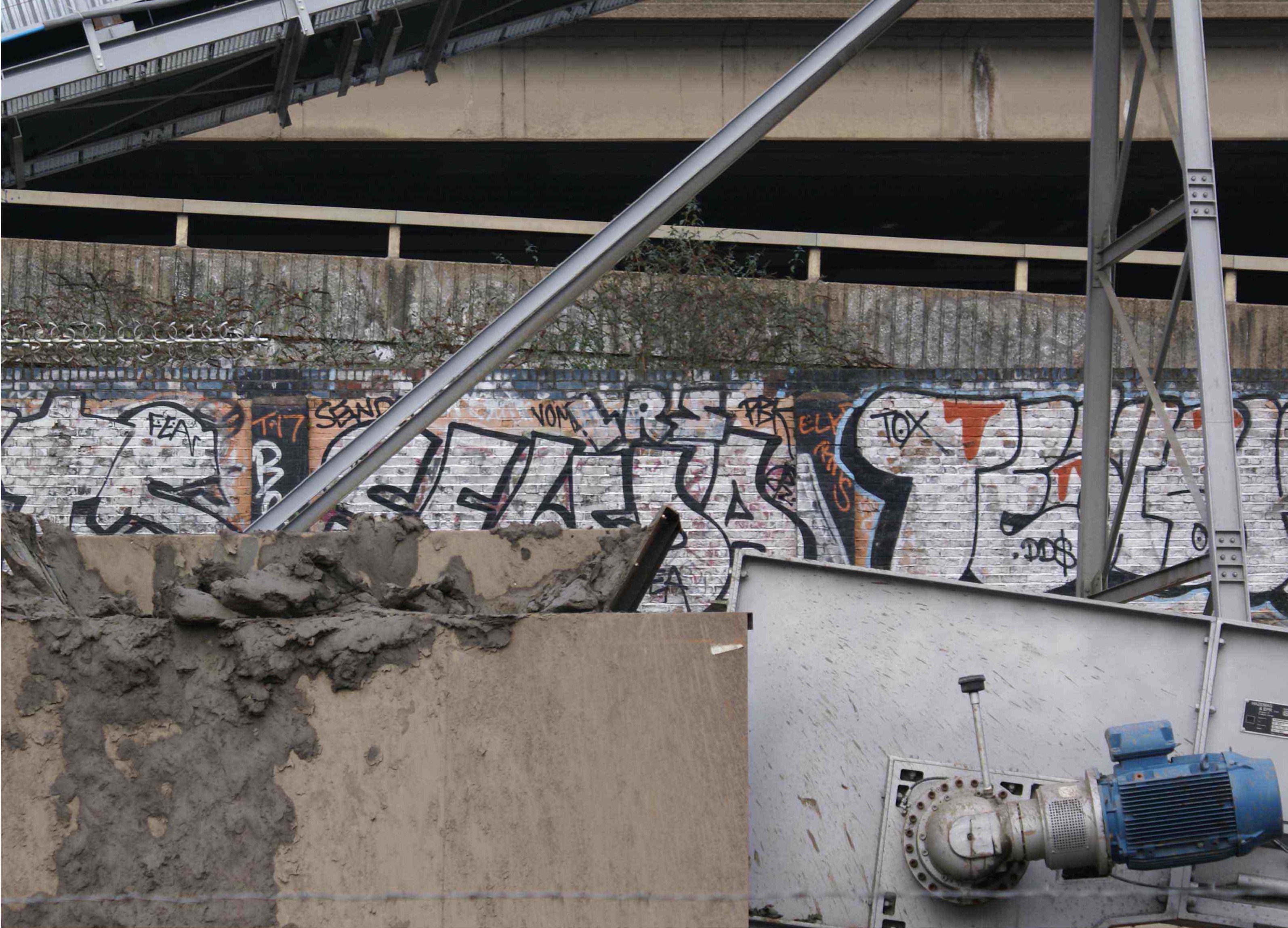 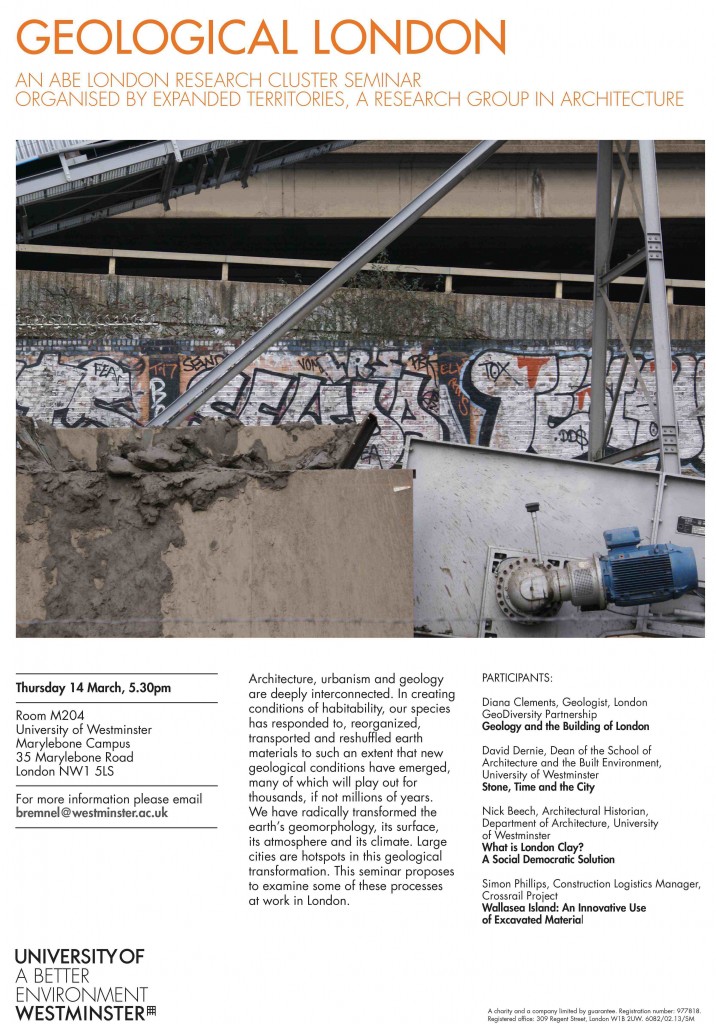 Architecture, urbanism and geology are deeply interconnected.  In creating conditions of habitability, our species has responded to, reorganized, transported and reshuffled earth materials to such an extent that new geological conditions have emerged, many of which will play out for thousands, if not millions of years. We have radically transformed the earth’s geomorphology, its surface, its atmosphere and its climate. Large cities are hotspots in this geological transformation. They are sites where materials that took slow and powerful earth forces millions of years to create have been intensified and where powerful new geological forces have been unleashed. This seminar proposes to examine some of these processes at work in London.

Geology and the Building of London

Diana is author of the Geological Guide to London and a member of the London Geodiversity Partnership. Her interest in geology and building began when she mounted an exhibition called Beneath your feet: the Geology of Islington in 2001, which demonstrated how geology has influenced London’s urbanization. Diana will give and overview of London’s geology, how it has influenced the development of the city and its materials have been put to good use.

Stone, Time and the City

David Dernie, Dean of the School of Architecture and the Built Environment

Despite the rapidly changing identities of today’s urban landscapes, the use of stone in building is increasing. Although this archaic material seems to contradict the fast moving image of the modern city, stone still seems to be of worth. On the one hand it can stand for the stability and strength of a government or its civic institutions, on the other it represents the prosperity of financial institutions. It is both a high street commodity, a symbol of corporate identity and collective strength all at once. Stone’s very immobility, mass and natural figurations render it a tableau of geological time, of Arcadian dreams, of resilience and perhaps, hope.  This paper will ask why is stone still such a powerful material in contemporary urban environments? What is that shapes the power of stone in the 21st century city, where every town’s ambition is to be networked into super-modern global systems?

What is London Clay? A Social Democratic Solution

Nick Beech is an architectural historian whose field of study is the architectural profession and construction industry of Second World War and immediate post-war London. He will present a paper discussing the way in which ‘London Clay’ emerged through the 1930s and 1940s as an object of new technical procedures, political concerns, and commercial gain. As well as a very brief overview of the changing structure of soil engineering in the period, the paper presents a specific history of London Clay at the South Bank during its reconstruction in the late 1940s.

Wallasea Island – An Innovative Use of Excavated Material

Crossrail is a new railway route through London from Maidenhead and Heathrow via Paddington, Liverpool Street and Stratford to Shenfield, and via Whitechapel to Canary Wharf and Woolwich ending at Abbey Wood.  Crossrail will be constructing 21 km of new sub-surface twin-bore railway through London and 8 new sub-surface stations.  A scheme of national significance and benefit, Crossrail is the largest civil engineering project in Europe.  The route length of its railway system is 118.5km (74 miles) in total.  Crossrail preparatory works started in 2009 with major construction commencing in 2010. The railway will take some eight years to complete. Passenger services are programmed to begin in late 2017. Crossrail will produce approximately 6 million tonnes of excavated material and had committed to find suitable locations for the beneficial reuse of this material to avoid disposal to landfill.  Wallasea Island in Essex has now been identified and agreement reached with the Royal Society for the Protection of Birds (RSPB) to allow about 4.5 million tonnes of the material to be placed at Wallasea Island to create a major new wildlife reserve.