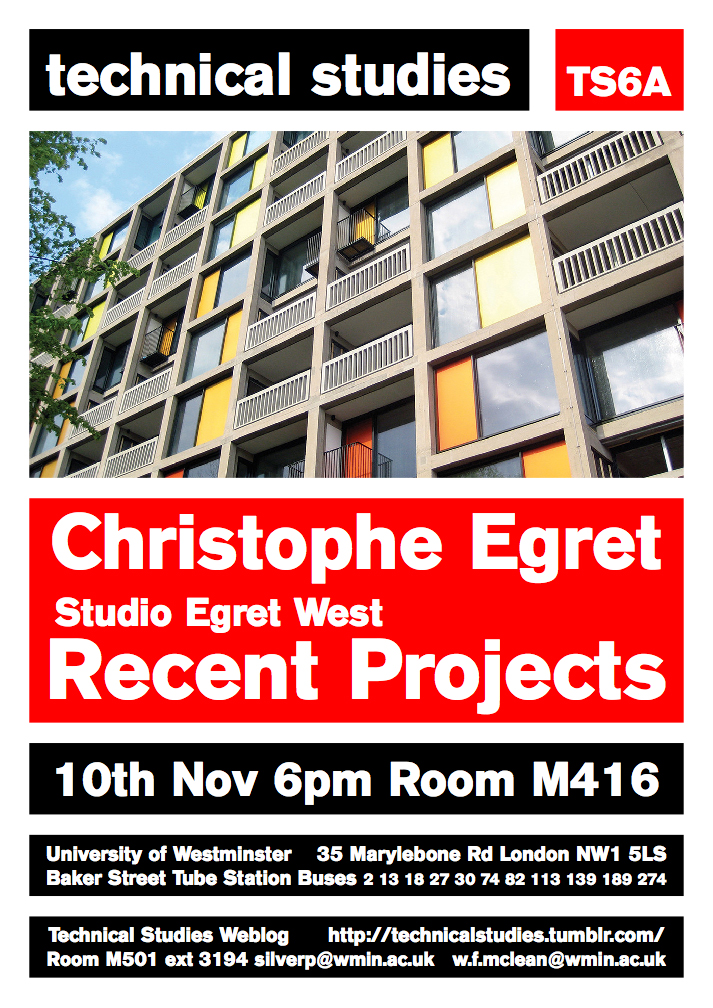 Christophe Egret is an Architect and Founding Director of Studio Egret West with over 30 years practice experience. His formative years were spent working with Norman Foster, Ian Ritchie, John McAslan, Nigel Coates and Ron Arad and more recently with Will Alsop, with whom he worked for 10 years as a director, managing, amongst others, the Peckham Library (winner of the RIBA Stirling Prize 2000), and the Blizzard Building for the Queen Mary Research laboratory in Whitechapel.

In 2004 he joined forces with David West, an Urban Designer, to create Studio Egret West (SEW), a dynamic cross platform workshop where architecture and urban design are not seen as separate skills, but rightfully reunited to create a unique working environment where “city and building speak to each other”.

Christophe led the practices’ input into the regeneration of the Park Hill community in Sheffield, which included the transformation of the longest listed building in Europe. As a result of this project experience the practice are currently engaged in the refurbishment of the listed, 27-storey Balfron Tower in Poplar designed by Erno Goldfinger.