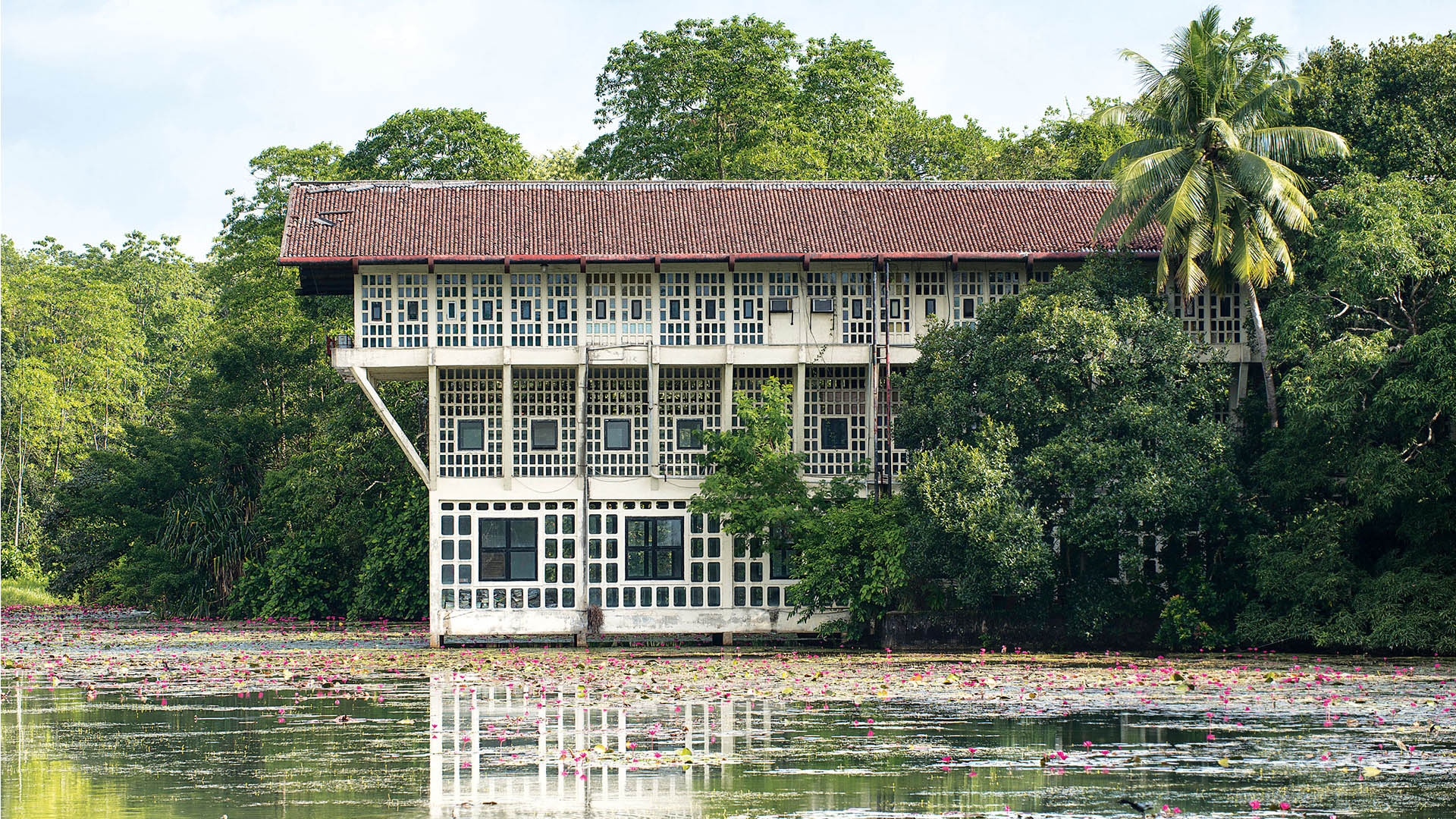 Monsoon Assemblages has teamed up with the Friends of Sri Lanka to celebrate the work of Geoffrey Bawa.

Bawa (1919 – 2003) is regarded as one of the most in infuential Asian architects of his generation and a pioneer of a style that has become known as “Tropical Modernism”. We hope that staff and students in the School of Architecture + Cities will join us.

Booking is via Eventbrite at https://geoffreybawa. eventbrite.co.uk for a small cost, but there are some FREE places for staff and students at the School of Architecture + Cities. We ask that you kindly email Chamali Fernando at the Friends of Sri Lanka Association Chamali.FOSLA@gmail.com to have your name placed on the guest list.

At the event, architect Wendy de Silva and writer David Robson will look back on the life and work of Sri Lankan master architect Geoffrey Bawa. Both Wendy and David knew Geoffrey Bawa personally and will remember him with professional pride, personal anecdotes and joy. The evening will also incorporate the launch of David’s latest book: Bawa Staircases.

2019 marks the centenary of the birth of Sri Lankan architect Geoffrey Bawa. Bawa was born in Colombo in 1919 to parents of mixed Sri Lankan and European descent. He studied English at Cambridge and Law in London during the Second World War and then worked brie y as a lawyer in Colombo. In 1948, he bought an abandoned rubber estate near Bentota and set out to transform it into a Sri Lankan evocation of a classical European garden. It was this project that inspired him to become an architect. Returning to London, he qualified as an architect at the Architectural Association and, in 1957, became a partner in the Colombo practice of Edwards, Reid & Begg. He then embarked on a forty-year career in architecture, during which he created such masterpieces as the Bentota Beach Hotel, the Sri Lankan Parliament at Kotte, the Ruhunu University Campus and the Kandalama Hotel near Dambulla. Bawa’s career ended in 1998 when he was felled by a stroke and he eventually died in 2003. In 2001, he received the Aga Khan’s Award for a Lifetime’s Achievement in Architecture.

David Robson is a Professor of Architecture and must be the world’s leader in Bawa studies. From 2002, with the publication of his Geoffrey Bawa: the complete works to 2018 and the publication of Bawa Staircases, David has written four major books on Bawa, with more on his associates. He is the holder of the Geoffrey Bawa Trust Award for Lifetime Achievement and he has much to tell us. Copies of Bawa Staircases and other David Robson books will be available to purchase on the night.

Wendy de Silva is an award-winning architect who practices in London at the IBI Group. During the early 1980s, Wendy worked with Bawa on the design of the Ruhunu University Campus. Wendy is also one half of the Chance de Silva practice in London, a practice set up to explore the possibilities of architecture in interaction with other participants: artists, designers, musicians (and who can forget Laki Senanayake’s divine copper balustrade winding its way round the central staircase of Bawa’s Lighthouse Hotel at Galle; the elegant inhabitants of Sri Lanka grappling with occidental invaders, a figure playing a pipe at the very top – oriental calm in the face of violence – nor, amongst many such instances, the same artist’s delicious trees drawn through several storeys of the Triton Hotel at Ahungalla).