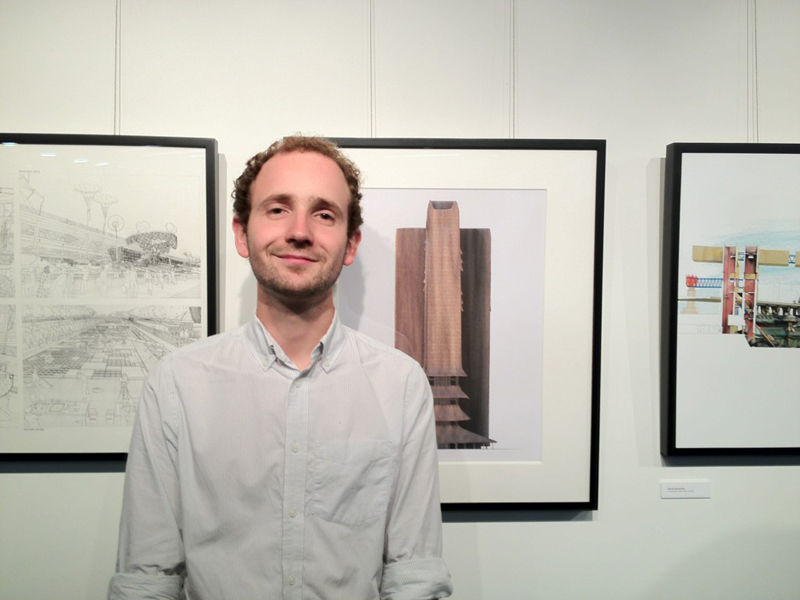 James Kirk won the Lifelines competition for ‘Active Ageing and Intergenerational Dialogue through the Eyes of Architectural Students’.

James commented on his winning piece, a thatched post-war tower block: “The thatched towers respond to the social change that has taken place in the past three decades in Bermondsey, providing training and a skilled trade for the long-term residents of the area who have been left behind by the economic upheaval that has taken place around them. By reintroducing a traditional craft, and casting a critical eye on how we regenerate and redevelop our existing building stock, I hope to make the case for sensitive alteration, extension and remodelling, as opposed to the more familiar deracination and demolition we euphemistically call ‘gentrification’, as an approach to reworking London’s decaying tower blocks.”

James Kirk was part of DS17 in the RIBA Part II Diploma Course, with tutors William Firebrace and Gabby Shawcross.

“The Part II course at Westminster allowed me to think critically about the role of architecture in the contemporary city, and apply academic theory to my design work” said James. “I was also able to explore interesting methods of representation to express my architectural ideas. The film that formed the centre-piece of my final project allowed me to express my ideas in a medium that is powerful because it is so versatile, immediate and widely accessible.”

The Lifelines exhibition of competition entries ran from 18 July – 7 September at the European Commission’s 12 Star Gallery, 32 Smith Square, London SW1P 3EU to coincide with the European Year of Active Ageing and Solidarity between Generations.