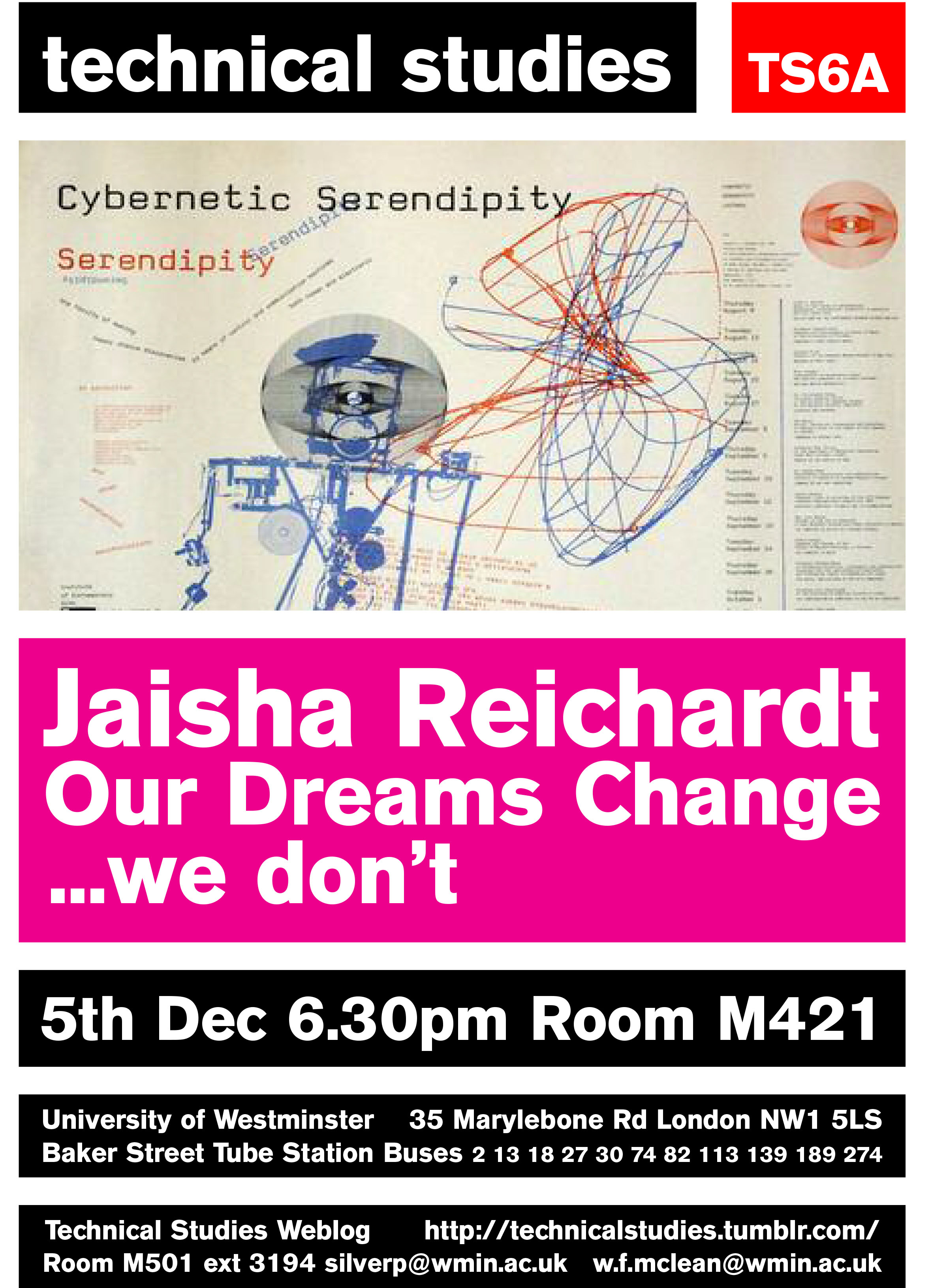 Jasia Reichardt is a British art critic, editor, curator, and gallery director with an interest in art and its intersection with other fields, especially technology. Reichardt curated Cybernetic Serendipity an exhibition of cybernetic art shown at the Institute of Contemporary Arts in 1968.  One part of the exhibition was concerned with algorithms and devices for generating music. Some exhibits were pamphlets describing the algorithms, whilst others showed musical notation produced by computers. Devices made musical effects and played tapes of sounds made by computers. Peter Zinovieff lent part of his studio equipment – visitors could sing or whistle a tune into a microphone and his equipment would improvise a piece of music based on the tune.  Another part described computer projects such as Gustav Metzger’s self destructive Five screens with computer, a design for a new hospital, a computer programmed structure, and dance choreography.  The machines and installations were a very noticeable part of the exhibition. Gordon Pask produced a collection of large mobiles with interacting parts that let the viewers join in the conversation. Many machines formed kinetic environments or displayed moving images. Bruce Lacey contributed his radio-controlled robots and a light-sensitive owl. Nam June Paik was represented by Robot K-456 and televisions with distorted images. Jean Tinguely provided two of his painting machines. Edward Ihnatowicz’s biomorphic hydraulic ear turned toward sounds and John Billigsey’s Albert 1967 turned to face light. Wen-Ying Tsai presented his interactive cybernetic sculptures of vibrating stainless-steel rods, stroboscopic light, and audio feedback control. Several artists exhibited machines that drew patterns that the visitor could take away, or involved visitors in games. The computer company Honeywell lent Emmet’s whimsical Forget-me-not computer.
From Wikipedia.