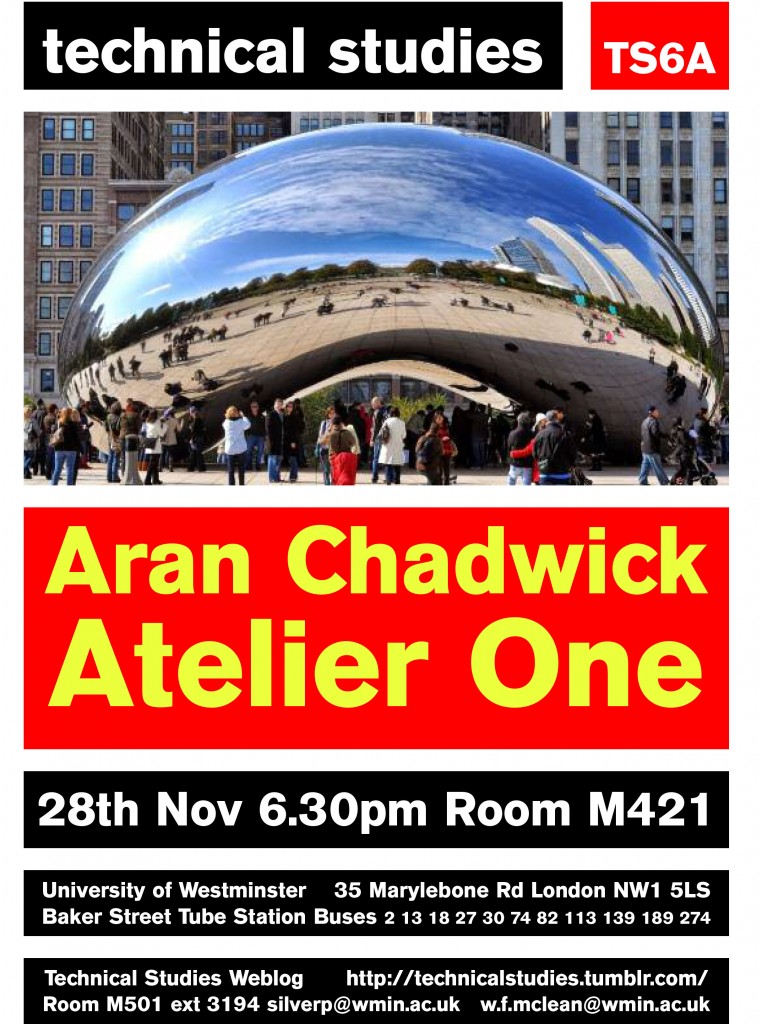 Atelier One is a British structural engineering company, established in London in 1989. The practice collaborates with architects, designers and artists including Will Alsop, Wilkinson Eyre, Anish Kapoor and Rachel Whiteread.

Past projects include large international projects including the shell structures of the Singapore Arts Centre, the development of Federation Square in Melbourne, Australia, and in the UK the Baltic Gallery in Gateshead and three buildings for the White Cube gallery in London. In addition to both public and private buildings, Atelier One is also involved in a variety of art installation projects, touring exhibitions and stages. Some of the most notable completed projects are Anish Kapoor’s Cloud Gate in Chicago and Stage Sets for U2, Rolling Stones and the Queen’s Diamond Jubilee. Atelier One recently completed the National Stadium in Slovenia and a large project in Singapore called the Gardens by the Bay, which was recently awarded the ‚’World Building of the Year 2012′ at the World Architecture Festival. In all of these projects Atelier One continues to pursue efficient, aesthetic and ambitious engineering solutions.