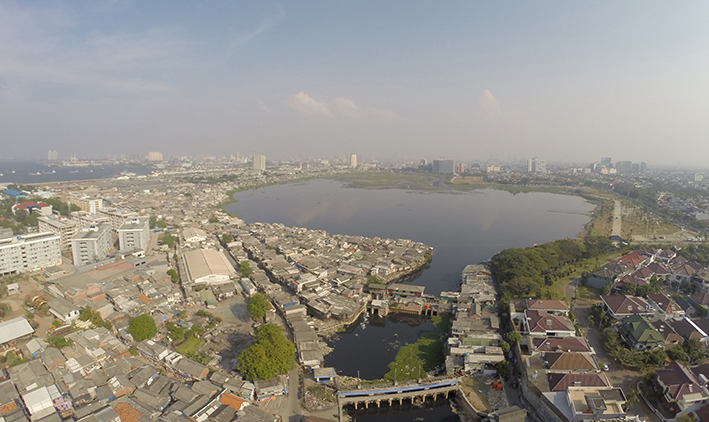 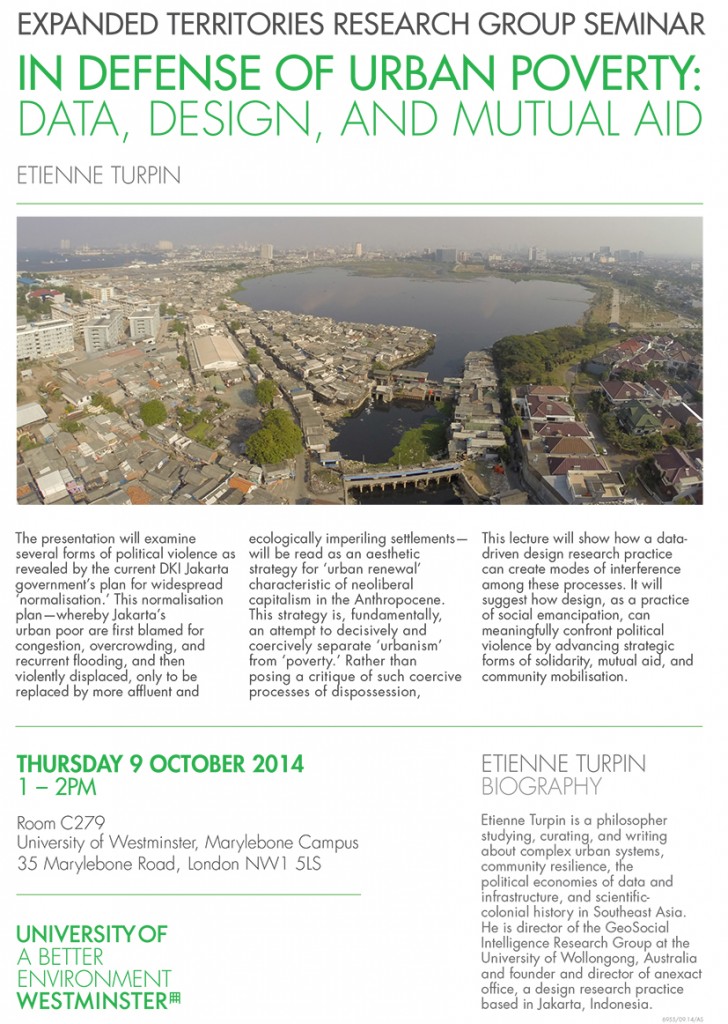 In Defence of Urban Poverty: Data, Design, and Mutual Aid

This seminar presentation will examine several forms of political violence as revealed by the current DKI Jakarta government’s plan for widespread ‘normalisation.’ This normalisation plan, whereby Jakarta’s urban poor are first blamed for congestion, overcrowding, and recurrent flooding, and then violently displaced, only to be replaced by more affluent and ecologically imperilling settlements, will be read as an aesthetic strategy for ‘urban renewal’ characteristic of neoliberal capitalism in the Anthropocene. This strategy is, fundamentally, an attempt to decisively and coercively separate ‘urbanism’ from ‘poverty.’ Rather than posing a critique of such coercive processes of dispossession, I will attempt in the lecture to show how a data-driven design research practice can create modes of interference among these processes. I will suggest how design, as a practice of social emancipation, can meaningfully confront political violence by advancing strategic forms of solidarity, mutual aid, and community mobilisation.

Etienne Turpin is a philosopher studying, curating, and writing about complex urban systems, community resilience, the political economies of data and infrastructure, and scientific-colonial history in Southeast Asia. He is director of the GeoSocial Intelligence Research Group and Vice-Chancellor’s Postdoctoral Research Fellow at the SMART Infrastructure Facility, Faculty of Engineering and Information Sciences, and Associate Research Fellow at the Australian Centre for Cultural Environmental Research, Faculty of Social Sciences, University of Wollongong, Australia. As a part of the SMART OSGeo Lab, he is Co-PI of the PetaJakarta.org applied research collaboration with the United Nations Pulse Lab and the Jakarta Emergency Management Agency, which is supported by a Twitter OSS Engineering #DataGrant. He is also the founder and director of anexact office, a design research practice committed to multidisciplinary urban activism, artistic and curatorial experimentation, and applied philosophical inquiry, based in Jakarta, Indonesia, and a member of the Synapse International Curators’ Network of the Haus der Kulturen der Welt in Berlin, Germany.