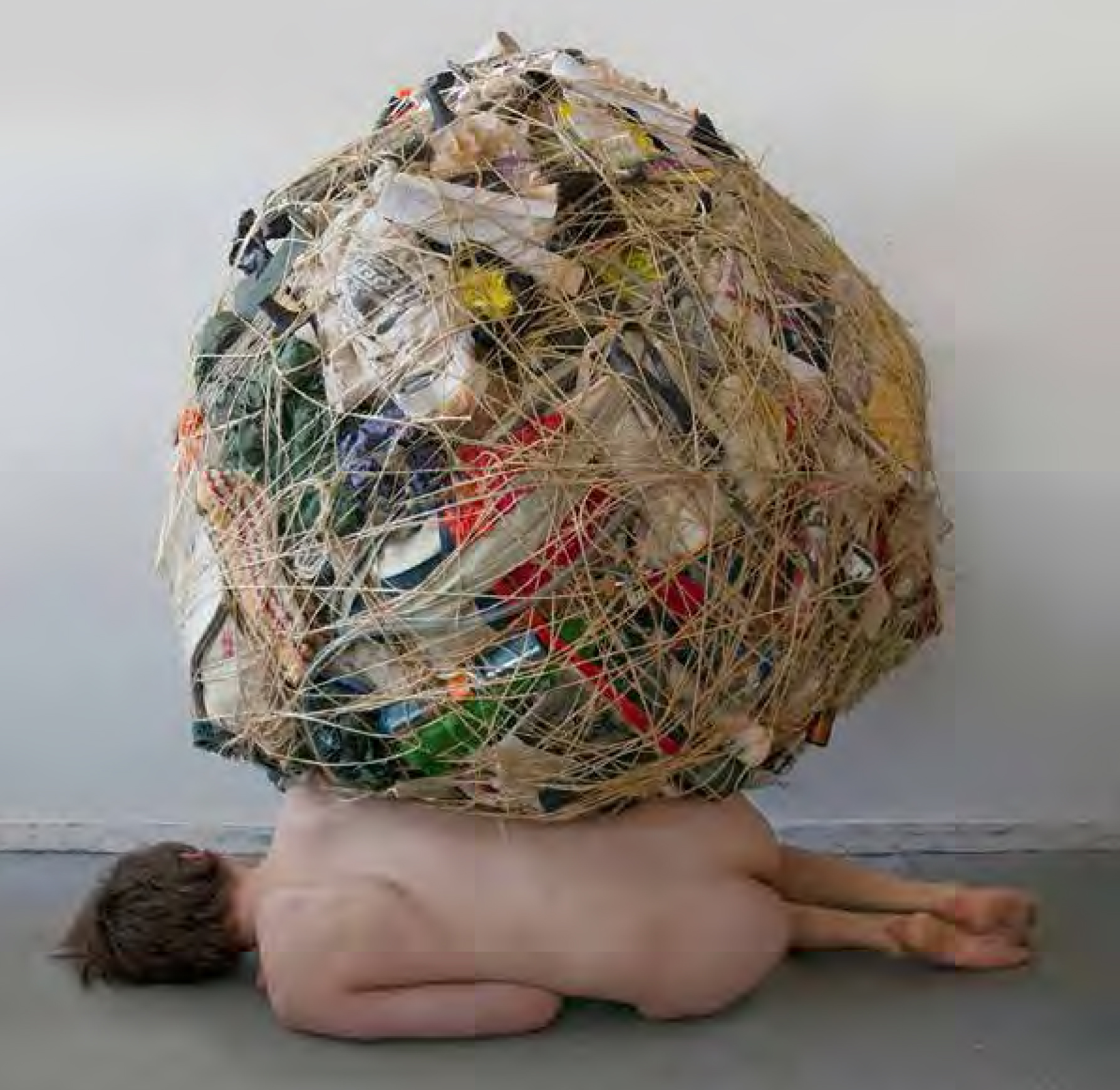 The latest book in the Critical Climate Change Series by Open Humanities Press, Art in the Anthropocene: Critical Encounters Among Aesthetics, Politics, Environment and Epistemologies, edited by Heather Davis and Etienne Turpin has been released. Taking as its premise that the proposed epoch of the Anthropocene is necessarily an aesthetic event, this collection explores the relationship between contemporary art and knowledge production in an era of ecological crisis. Art in the Anthropocene brings together a multitude of disciplinary conversations, convening artists, curators, scientists, theorists and activists to address the geological reformation of the human species. 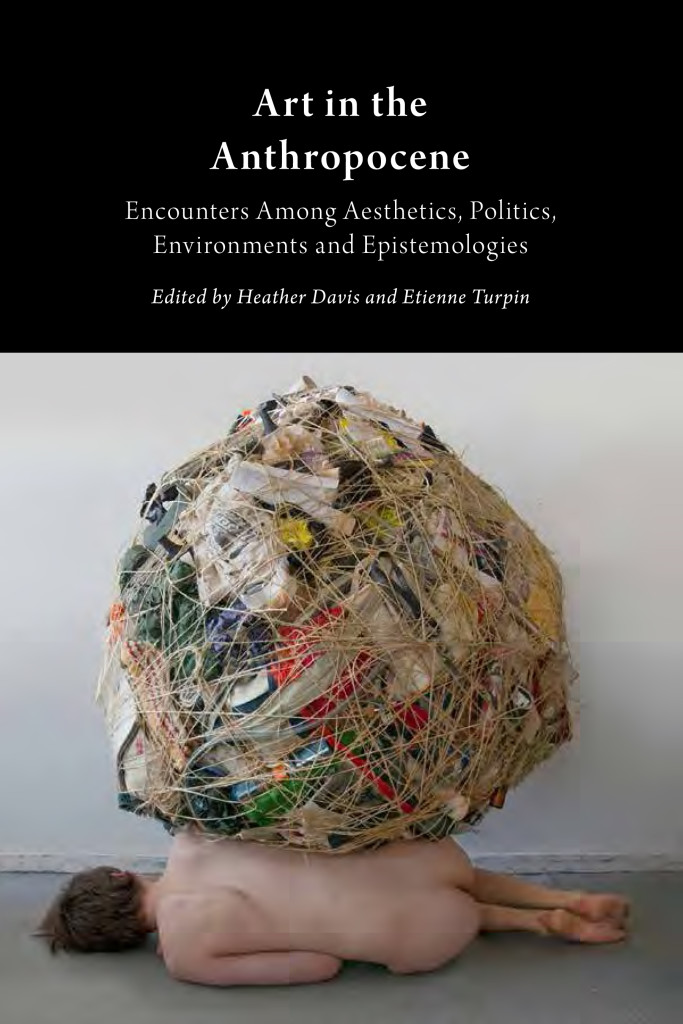 This is what people have to say about the book:

“This brilliant collection of essays and projects, gathered from all over the world, reflects the limits and possibilities of how visual art might respond to what Sylvere Lotringer describes as a “state of emergency.” Art in the Anthropocene is at once an investigation and a homage to the natural world. It describes what we possess and what we have lost.” Chris Kraus, editor of Where Art Belongs.

“Art in the Anthropoceneis an art book like no other, embracing an extraordinary range of subjects that affect what we call “our” environment. Visual artists are, for once, equal participants in these imaginative, intelligent and informative discussions of the most pressing issues of our time, and deep time.” Lucy R. Lippard, author of Undermining: A Wild Ride through Land Use, Politics and Art in the Changing West.

“Call it Anthropocene, the #misanthropocene, or something else – there’s a growing recognition that these are damaged times, even if nobody is quite sure how to see, think, or feel them. That’s why Art in the Anthropocene is so important. Davis and Turpin have gathered up the seeds for a whole biome of art and thought about the things that really matter in this world.” McKenzie Wark, author of Molecular Red: Theory for the Anthropocene.

“This is a rich, ambitious and beautifully edited collection that reimagines the Anthropocene as an affective rather than a scientific fact. It touches the very core of our being (post)human – and of the space around us we variously call “the environment” or “the world.” Art in the anthropocene is a vital read for anyone who cares about art, animals, climate, ethics, extinction, justice, plants, poetry and the weather.” Joanna Zylinska, author of Minimal Ethics for the Anthropocene.

Art in the Anthropocene: Critical Encounters Among Aesthetics, Politics, Environment and Epistemologies, edited by Heather Davis and Etienne Turpin is available here and will be launched in London on 06 July at The Showroom, 63 Penfold Street, London NW8 8PQ, 19.00 – 21.00. 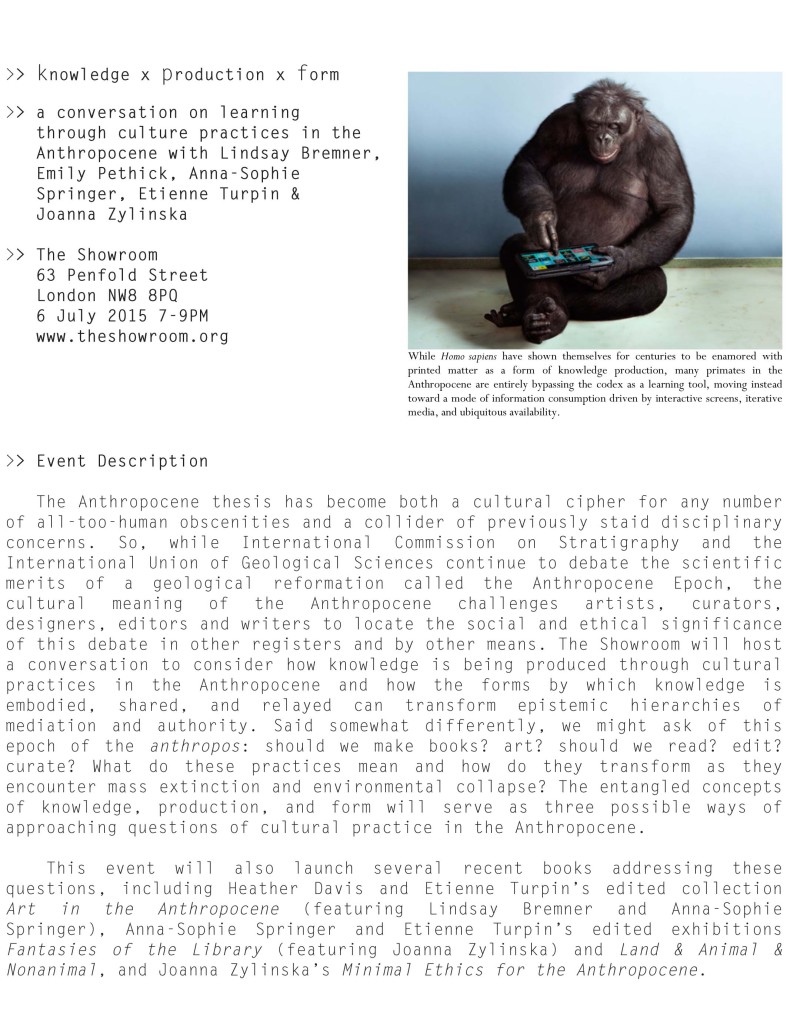