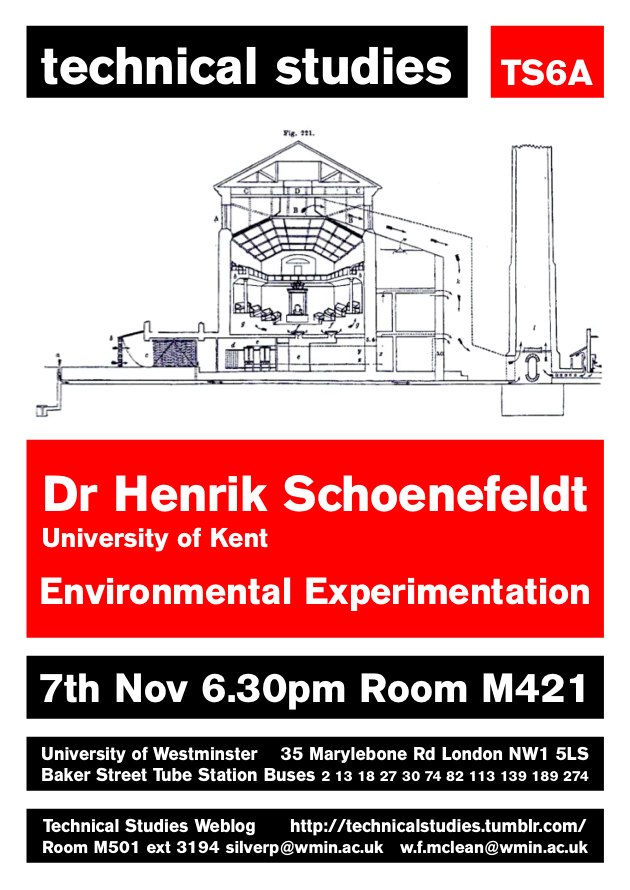 Henrik completed his PhD at the University of Cambridge in summer 2011 and has a particular research interest in the history of environmental design in architecture and the role of the natural sciences in its development. Henrik’s research focuses on the study of historic environmental technologies and the history of environmental design in architecture from a technical, cultural and design perspective. He has a particular interest in the scientific experiments and monitoring techniques used in the design development and post-occupancy evaluation of buildings and technologies in the past.

Up until the mid-1940s the Palace of Westminster had been ventilated by means of a stack ventilation system, developed by a group of engineers, architects and scientists in the mid-nineteenth century. The Palace of Westminster represented a highly ambitious experiment in environmental design, which required the architect Charles Barry to collaborate with some of the most eminent scientists and engineers of his time. The objective of this project is to gain an understanding of the cross-disciplinary and collaborative working methods underlying the design development process, with a particular focus on the involvement of scientists and the use of scientific experiments. Henrik’s current research has revealed that the ventilation system was subject of a continuous process of technical refinement, involving numerous technical experiments and post-occupancy evaluations over a period of seventy years.

The use of scientific experiments in the design hitherto has not been studied in any great depth, but it is critical to understand the Palace of Westminster as a pioneering effort to integrate scientific and formal architectural approaches to design.
http://www.kent.ac.uk/architecture/staff/academic/schoenefeldt_henrik.html