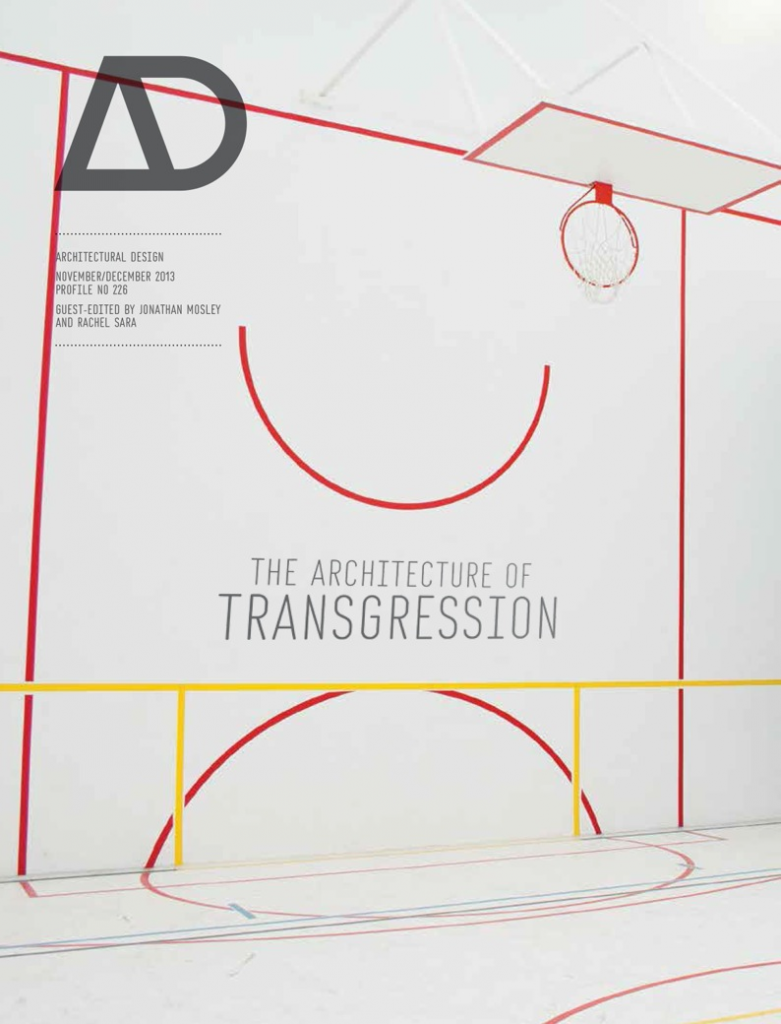 Please join us to launch the recent edition of AD, the Architecture of Transgression edited by Jonathan Mosley and Rachel Sara at the University of Westminster on Thursday 13th from 17.30.  The editors will talk about the issue and introduce the contents, from 18.30. Copies of AD will be available at a discounted rate. Drinks will be provided.

The current economic crisis and accompanying political/social unrest has exacerbated the difficulty into which architecture has long been sliding: challenged by other professions and a culture of conservatism, architecture is in danger of losing its prized status as one of the pre-eminent visual arts. Transgression opens up new possibilities for practice. It highlights the positive impact that working on the architectural periphery can make on the mainstream, as transgressive practices have the potential to reinvent and reposition the architectural profession.