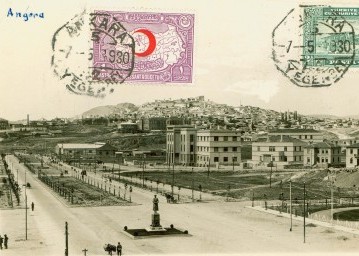 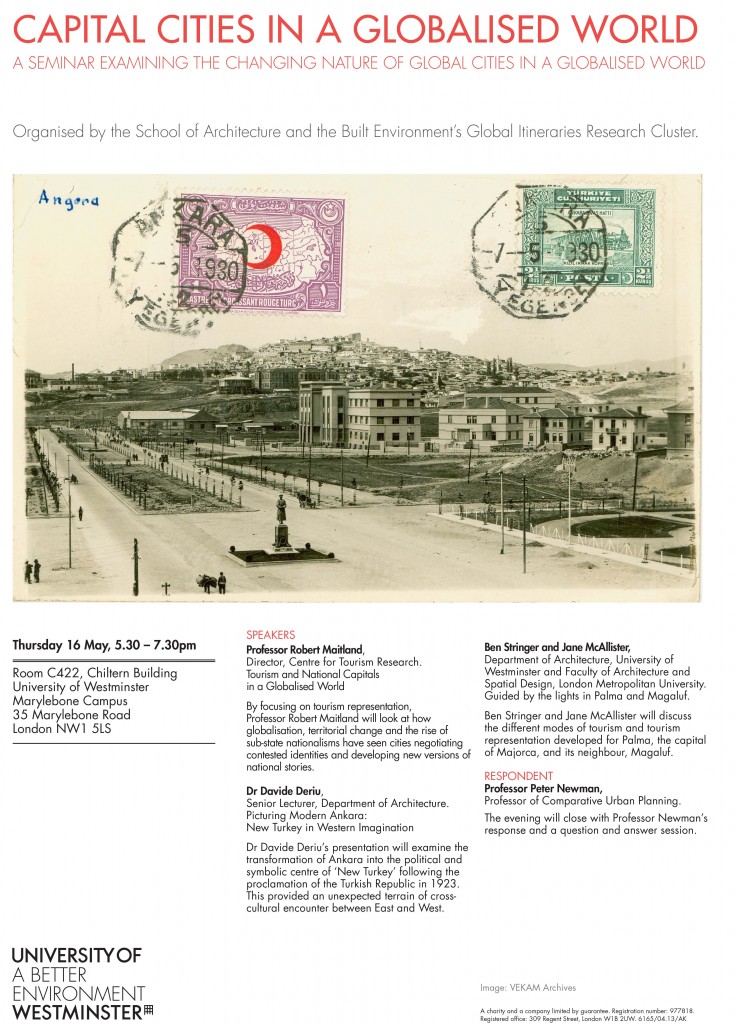 The School of Architecture and the Built Environment’s Global Itineraries Research Cluster invites you to a seminar that will examine the changing nature of capital cities and the fluidity of their definitions, roles and representations for different publics over time.

National capitals play a central role in tourism in a globalised world, but their special qualities – their capitalness – can be elusive. Yet tourism representation shapes the ways in which capitals and nations are seen. Capitals appeal to visitors through accumulations of heritage and cultural assets, as centres of power and as symbols of national identity, representing the nation to itself and the outside world.  Globalisation, territorial change and the rise of sub-state nationalisms have seen cities acquiring, aspiring to, adapting or abandoning their national capital status. This involves the creation, reinterpretation and revalorisation of buildings, spaces and national symbols to emphasise new status and negotiate contested identities. Tourism representation reflects and reveals how tensions between capitals’ cosmopolitan and distinct national roles are played out, how new versions of the national story are developed and the centrality of architecture and the built environment in these processes

With the proclamation of the Turkish Republic, in October 1923, Ankara became the laboratory and showcase of the nation-building project led by Mustafa Kemal Atatürk. A number of European architects, planners, and artists were involved in the transformation of this small Anatolian town into the political and symbolic centre of the ‘New Turkey’ At the same time, European observers were drawn to witness a place that was described as ‘the most extraordinary capital in the world’. At a crucial juncture, in which the geopolitical space of the Orient was radically reconfigured, Ankara provided an unexpected terrain of cross-cultural encounters between East and West. This paper explores the historical traces of these encounters that emerge from an uncharted body of sources, ranging from early-1920s travel writings to the first comprehensive accounts of the new capital published in the mid-1930s. The analysis of this diverse literature shows that Ankara destabilised the discursive frame through which the West had hitherto constructed the Orient as its irreducible other

Guided by the lights in Palma and Magaluf

To travel 10 kilometres around the bay of Palma, from the historic alleys and squares of Mallorca’s urbane and sophisticated capital, Palma de Mallorca, to the ‘notorious’ beach resort of Magaluf, is apparently to traverse a giant cultural and class divide. This paper discusses the very different modes of tourism that have developed in these two places. It focuses on photographs taken as a means of understanding the contrasting relationships with urban spaces that these two kinds of tourism have, and the ways their respective behavioural patterns are represented and encouraged in media such as guide books, TV documentaries and internet chatrooms.

Professor of Comparative Urban Planning, Department of Planning and Transport